I have just added pictures of the US cavalry. All figures are available as painted or kits. These figures represent US cavalry in Arizona in the 1860's during the Apache wars. There are 5 new foot figures (C13-17) and a new running horse (the white horse for M2 shown below)). Not yet added is a dead horse and a kneeling figure firing 2 pistols
I will eventually add pictures of all my figures. Let me know which ones you would like added next.. 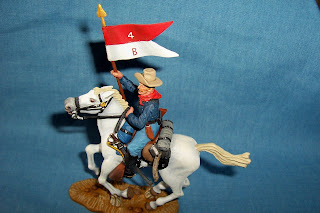 Posted by morgan miniatures at 1:39 PM No comments:

I have just added pictures of the Napoleonic Peninsular War Guerillas.
Pictures of the other ranges will be added in due course.
Please let me know what you think of the figures.
Gareth Morgan
Posted by morgan miniatures at 8:13 AM No comments:

I hope you enjoy viewing the range of figures available. If you have any questions please email me at morganminiatures@gmail.com